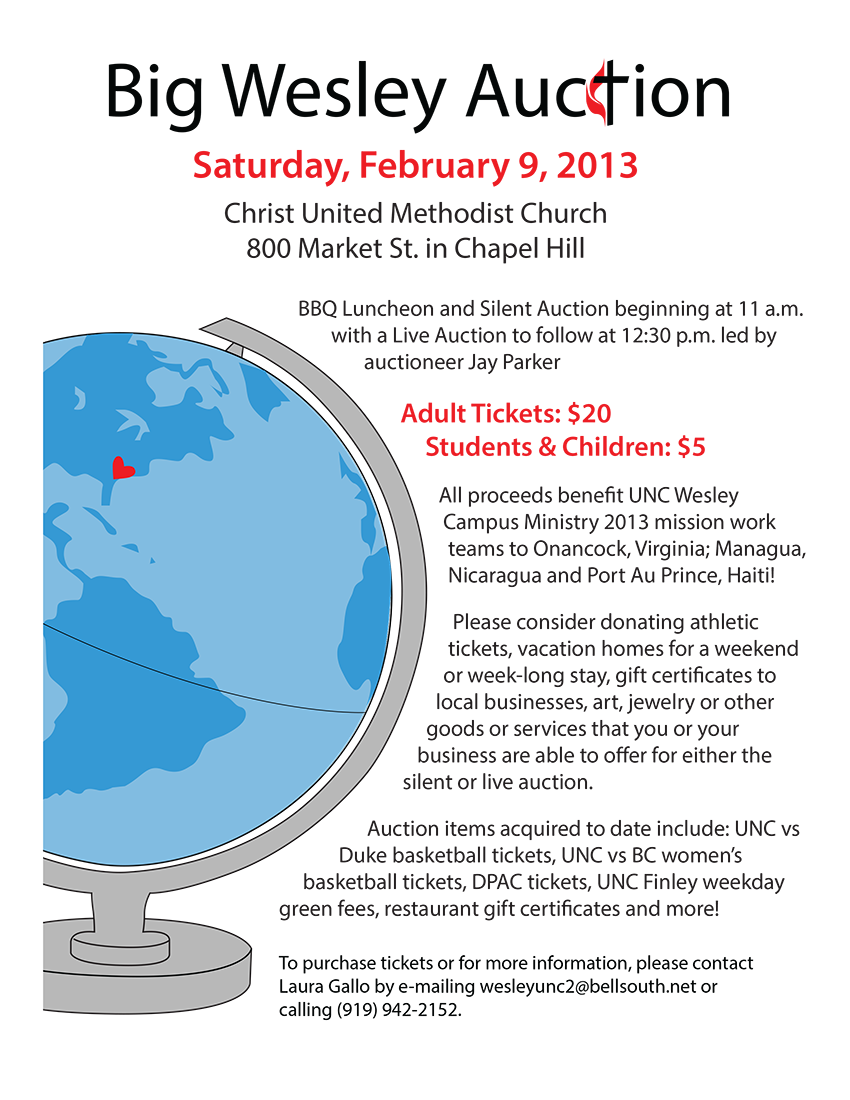 UNC Wesley Campus Ministry holds an annual auction with all proceeds going toward mission work at the local, national, and international level.  The auction was called “FIESTA” for many years without anyone remembering why. Then, in 2012, the organization decided to re-brand the event in order to significantly increase the level of donations received. The new name “Big Wesley Auction” drew on the organization’s driving force, “Big Wesley Love”.

To convey both the magnitude of the organization’s ministry to the world and the idea of the Big Wesley Love driving that ministry, I came up with the globe showing a heart in the location of Chapel Hill, NC. I also included the United Methodist cross and flame logo as the “t” in “Auction”. 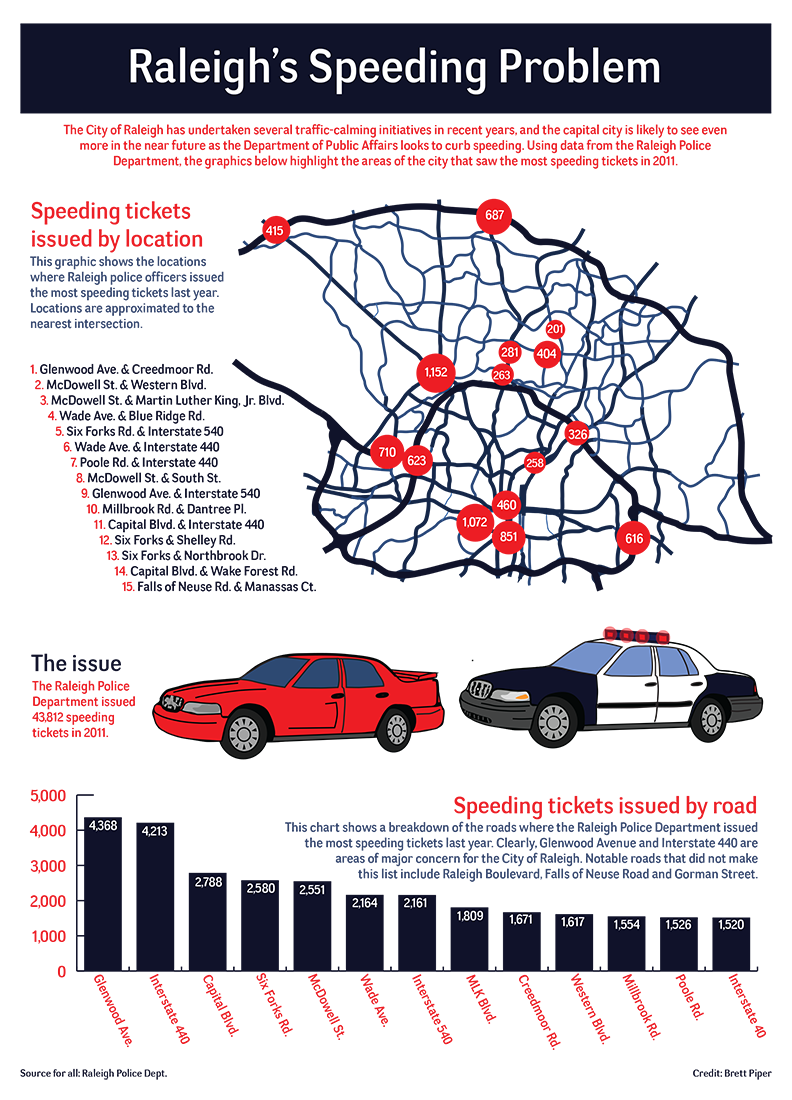 This infographic was assembled as part of a public affairs campaign for the City of Raleigh (NC). Given a spreadsheet of information on nearly 44,000 speeding tickets, I compiled a list of the locations where the most tickets were written. (I was new to Illustrator.)

Like the campaign itself, the infographic used the contrast of red against white and navy blue to call attention to the high numbers of speeding tickets at various locations and the locations themselves. These are well-known locations in Raleigh, so calling attention to the specific intersections was intended to help residents connect on a personal level with the information. 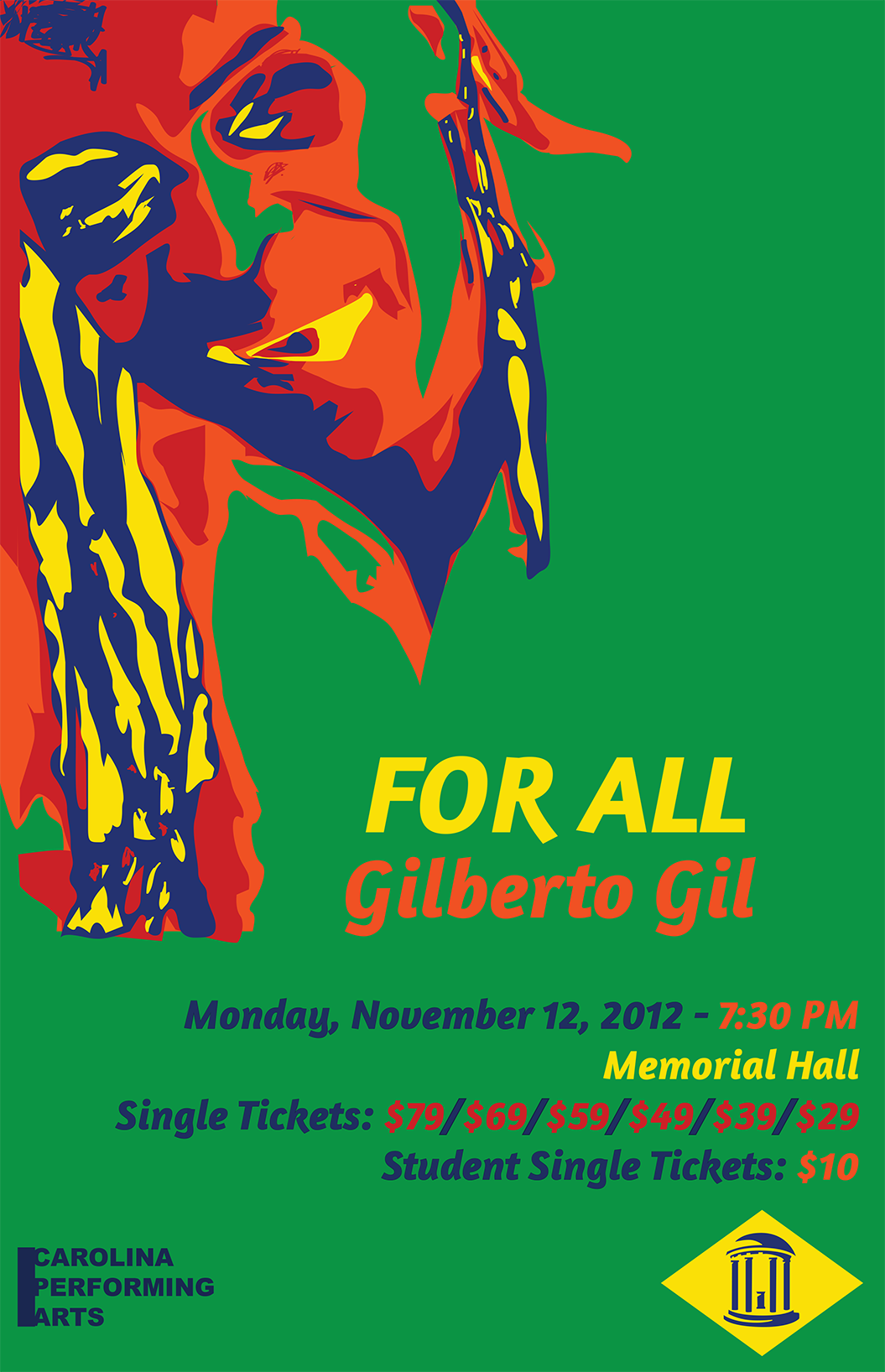 This poster advertises a musical performance at UNC-Chapel Hill by the legendary Gilberto Gil.  If you are unfamiliar with Gil, think of him as the Brazilian Bob Dylan but more politically active. In addition to being an accomplished singer, guitarist, and songwriter, Gil previously served as Brazil’s Minister of Culture. He was widely involved in the Tropicália movement in the 1960s, a musical style that merged Afro-Brazilian traditional rhythms and music with psychedelic pop gaining popularity in Europe and the United States. In a larger sense, Tropicália was about Brazil’s “cultural cannibalism” as applied to music.

Gil’s albums and promotional materials draw on bright colors and loose strokes to convey the upbeat tone of his music.  They also draw heavily on Brazilian visual motifs and the green, blue, and yellow of the country’s flag. I also wanted to include his iconic and instantly recognizable hairstyle. With these concepts in mind, I created this poster. 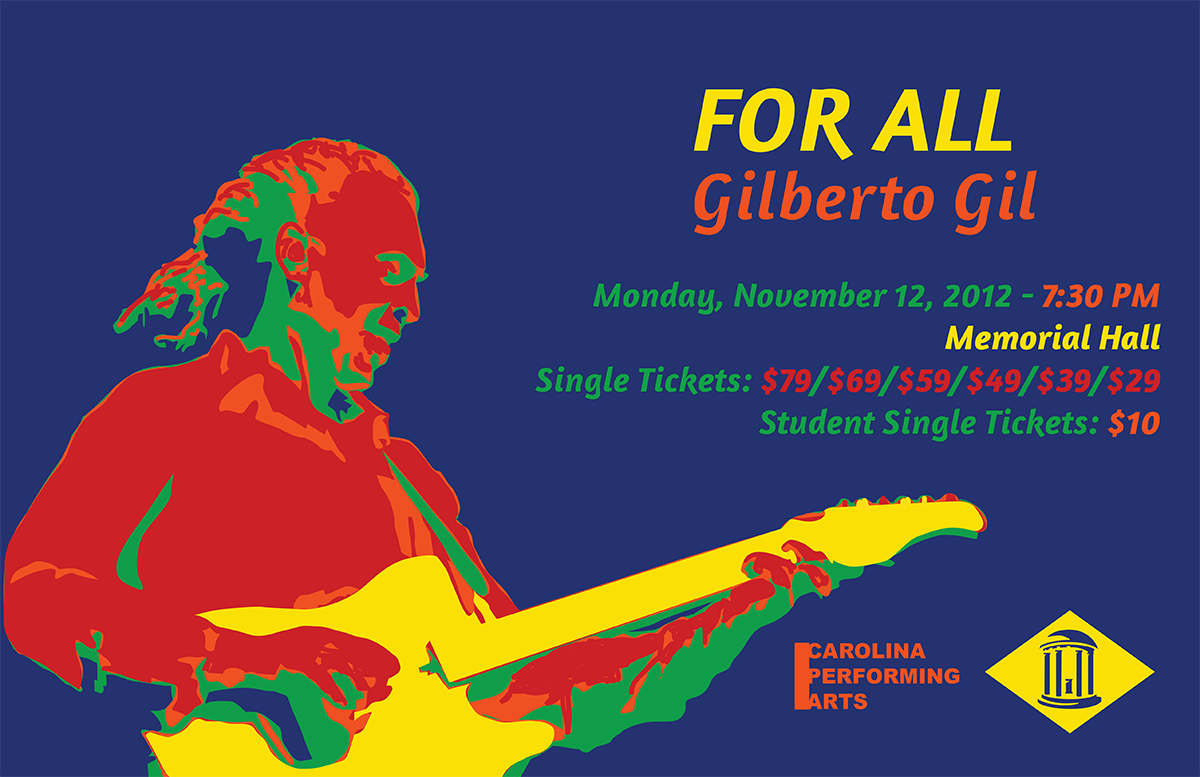 This poster is a landscape alternative to the portrait version above. This image is colored using the same graphic style but drawing more heavily on the blue from Brazil’s flag than the green. The university’s Old Well logo is placed inside a yellow diamond (in place of the blue disc) in order to call to mind the Brazilian flag.