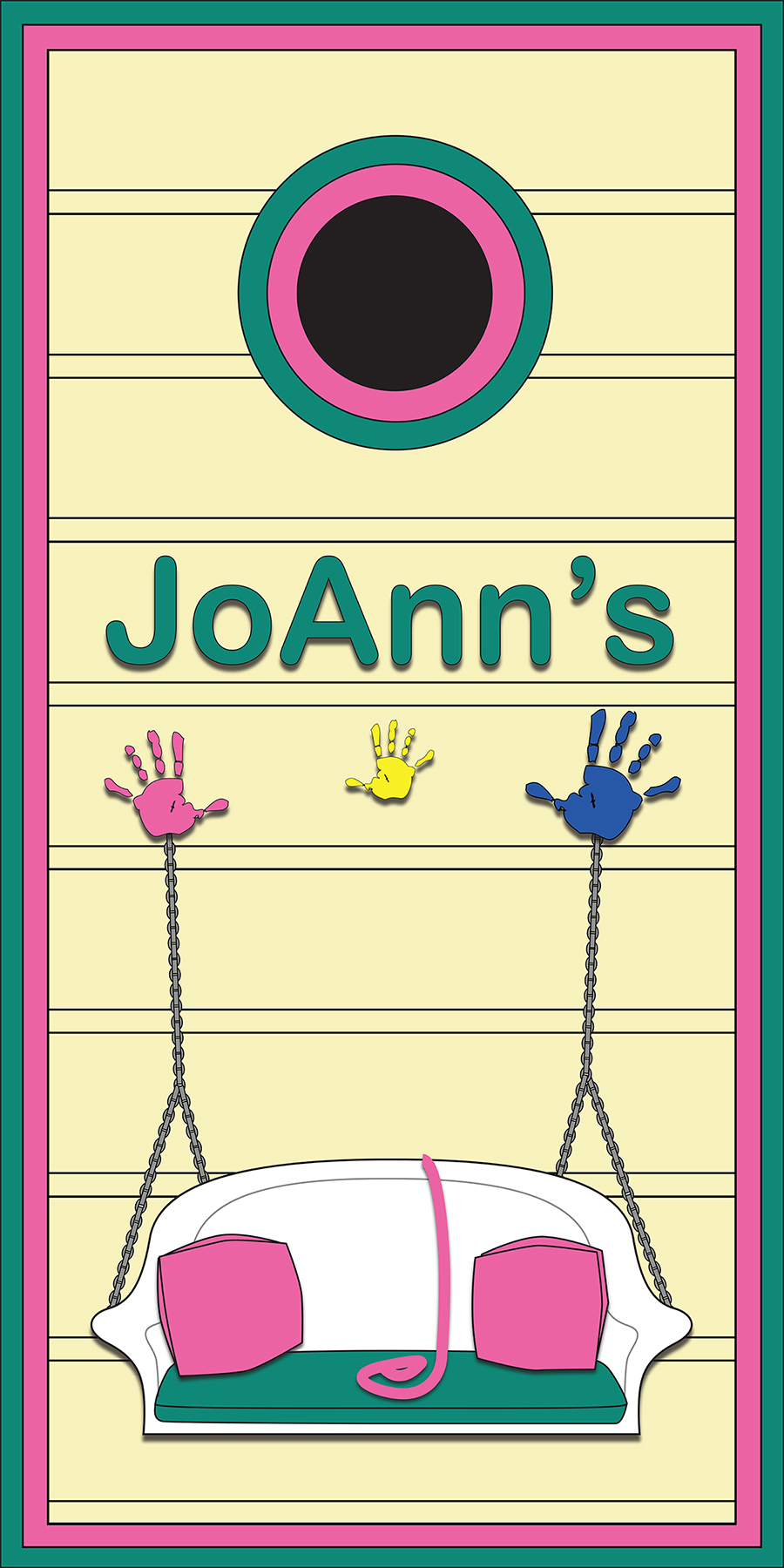 I received a request to design a cornhole board cover for a retired day care owner. Her day care center, which over many years grew from a single room in her home to being sold several years ago as the premier center in Wilson, NC, was humbly named “JoAnn’s”, a reminder that despite growing to encompass multiple buildings, it always just felt like a home. The exterior of the building was covered in cream-colored vinyl siding. Each window was surrounded by pink shutters and teal accents. Just below the sans-serif bubble letters displaying the name of the center were three hand prints in different colors and increasing size, one for each of her daughter’s children.

Her home mirrored the color scheme of the day care center she had owned. Cream-colored siding adorned the sections of the house that weren’t dark brick, as well as two small buildings in the backyard that had become pool houses. Interestingly, she had outfitted hanging wicker swings in just about every possible location–two loveseats on her front porch, two single seaters and a loveseat on her back porch, more single-seaters around the pool houses, and even one inside her living room. In addition to the pink and teal cushions, each swing was equipped with a small dog leash that an occupant could pull to generate motion while laying down in the swing.

Every now and then you sit down to brainstorm ideas and before you know it, the design has created itself. This was certainly one of those instances.