These are a few graphics I’ve made that pertain to my love of hockey and the unique personality of the Carolina Hurricanes franchise. 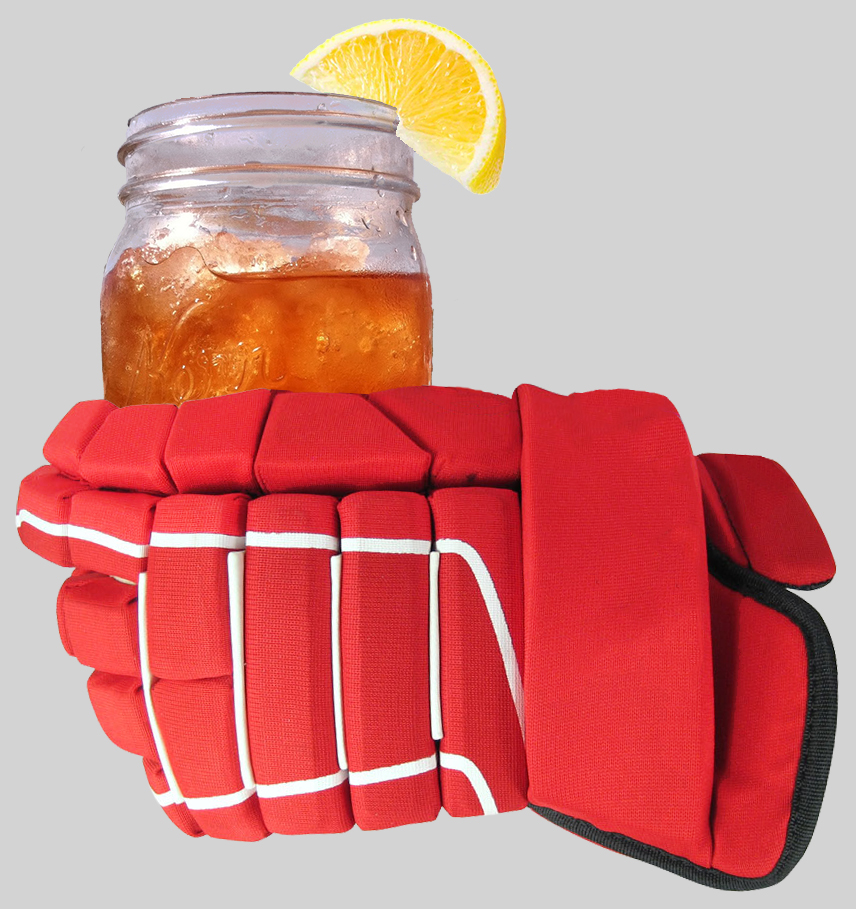 This is one of a few attempts I made at graphically combining the unique culture of North Carolina with the very different culture of hockey. Every season that the Hurricanes make the playoffs (so unfortunately not very often), the commentators from up north laugh about the novelty of hockey fans tailgating for several hours before the game just like we do for college basketball, college football, and NASCAR. We have our own way of doing sports in the South, and we bring that style to hockey. This image shows a hockey glove holding a mason jar of sweet tea with a lemon. True Southerners don’t see a need to flavor sweet tea with a  lemon, but our Southern hospitality dictates that we put a lemon on the glass just in case y’all might want it.

When the Hurricanes do make the playoffs, we’re practically guaranteed to make the Conference Finals. Our incredible run in 2009 saw us do just that. On April 21, the Canes overcame a 3-0 deficit at home and Finn Jussi Jokinen deflected home a goal with less than a second left to win the game 4-3 (I was sitting in the third level right behind the net where Jussi scored). Equally memorable was goaltender Martin Brodeur breaking his stick on the boards in frustration on his way off the ice. This is a simple vector graphic I made to commemorate the goal. It shows the replay still shown on the jumbotron that sent the previously nervous arena into a frenzied celebration that included lots and lots of random noises and Ric Flair woos. 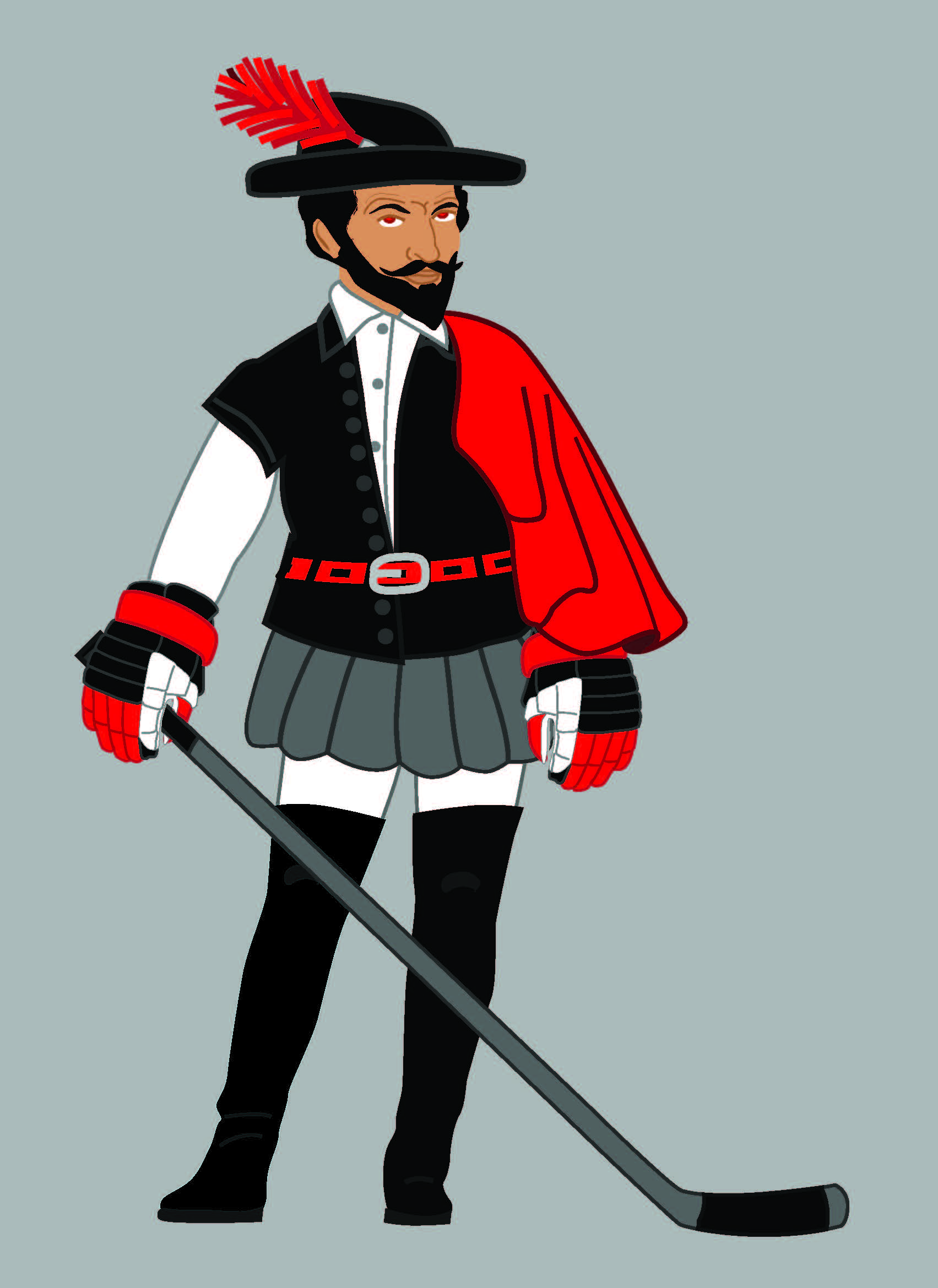 In an attempt to apply North Carolina history to the Hurricanes’ franchise, I took the namesake of the team’s home city and dressed him up in Canes colors. The final product isn’t satisfactorily recognizable as Sir Walter Raleigh (but then again, when does he ever come up in conversation), but I thought it was an interesting exercise.

The image shows Raleigh in the pose used for a famous statue in London. Rather than a sword in his hand, he is depicted with a hockey stick and gloves. His belt features hurricane warning flags, a feature used on Hurricanes jerseys before the unfortunate 2013 “New Storm” home and away jersey redesign.